Painesville City Local Schools began working collaboratively with its stakeholders as well as district administrators, teachers, and classified staff to complete a strategic plan that would take the district into the future, but would not be a “plan on the shelf”. The process began initially in the 2014-2015 school year where outside consultants led the various stakeholders to begin to examine and identify what is important to maintain within our district and what to implement anew within our district. From brainstorming sessions, the consultants identified themes that were central within everyone’s input. From these major themes, more input was sought from the stakeholders to identify the goals that would become the plan.

Beginning in 2015-2016, a core group of stakeholders began to meet and expand upon the goals and identify specific strategies that would be taken to successfully complete the goals. As the process continued, redundancies were removed and a final plan was drafted.  The final plan has three main pillars. The first pillar represents our instructional programming identified in our district OIP plan, the second pillar is about how to support quality teaching and learning within our district, and the third pillar is identifying ways to develop and strengthen relationships with families and the community. Finally our vision of learning was drafted:

The goal of Painesville City Local Schools is to provide a positive learning environment that fosters the academic, social, and emotional development of students so that they may be successful in school and in life. 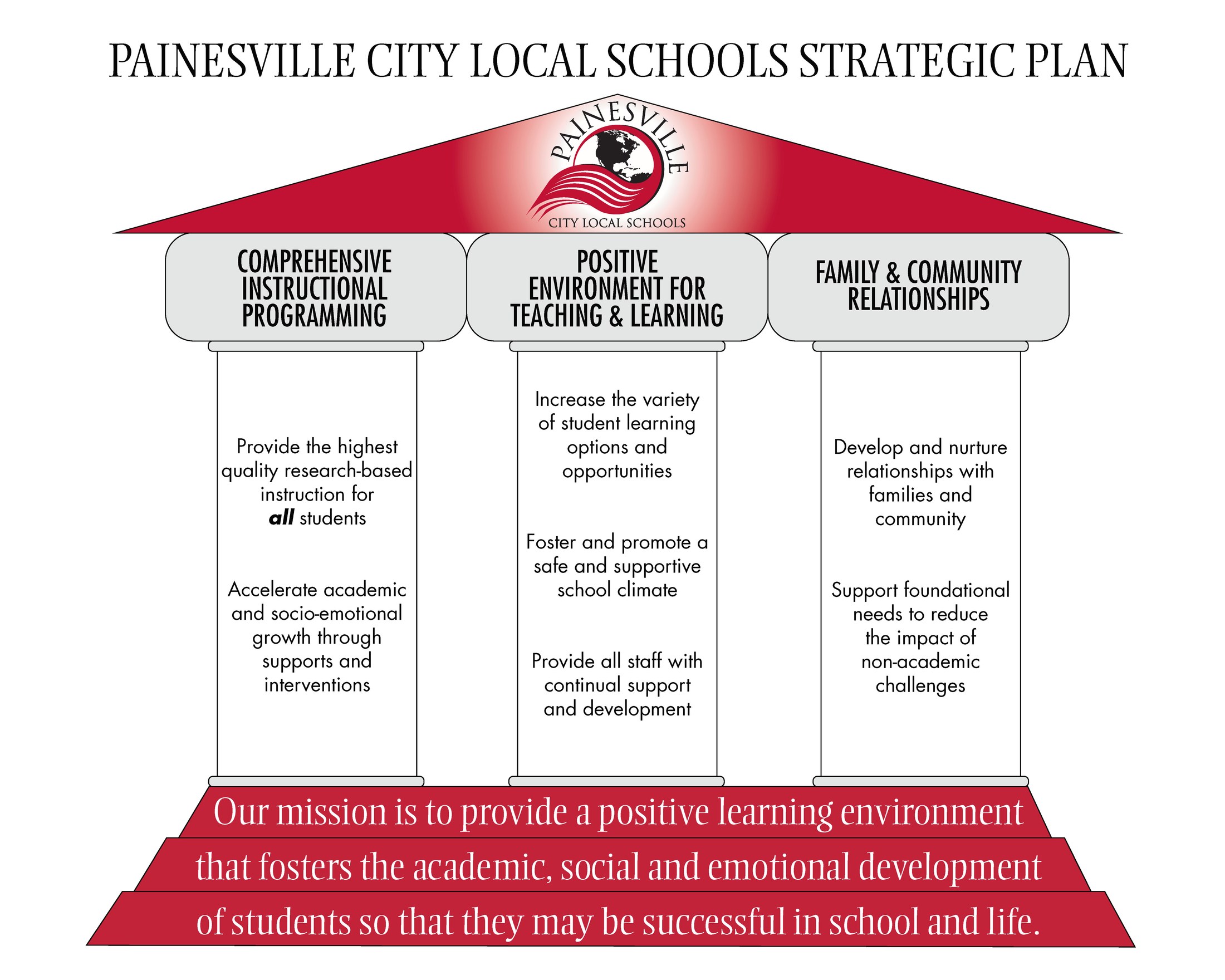