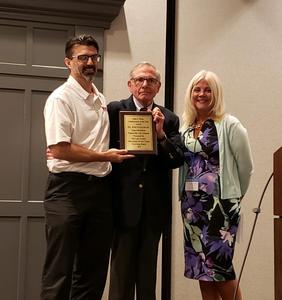 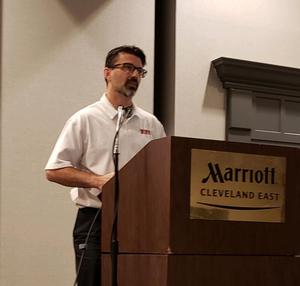 Painesville, Ohio, August 2, 2019: Painesville City Local Schools is pleased to announce that Dr. Josh Englehart, Superintendent, has received the 2019 John J. Weiss Lake County Administrator of the Year Award. Dr. Englehart is beginning his second year as superintendent and served as the district’s assistant superintendent since 2013.


Under Dr. Englehart’s leadership, Painesville City Local Schools was awarded the Outstanding District Award by the Ohio Leadership Advisory Council. The district administrators nominated Dr. Englehart saying, “He works tirelessly for the students and families in PCLS, not only through a laser-focus on improving curriculum and instruction, but also through his work with a multitude of community agencies and leaders, parent groups, and student groups.”